Belarus
No comments yet
4

Nesvizh is a small town in Minsk region, Belarus. Though the town with population about 14 000 is really small it undeniably has very long and famous history. Official foundation year is 1223 and referred to the old script where “Nesvizh” was firstly mentioned. But honestly other archeologic evidences confirming such old age weren’t found. More likely Nesvizh “date of birth” is somewhere at the second half of XV century.

For more than 5 hundred years Nesvizh was a family nest for Radziwills who where among those who built and ruled The Great Duchy of Lithuania.

1. Corpus Christi Church in Nesvizh. Baroque church that was constructed by Italian architect Bernardoni in 1593.

2. Nesvizh Castle – the most famous attraction and the most popular among tourists. The masonry Castle was erected in 1583 on the place of wooden castle-estate.

3. Nesvizh Park is a very picturesque place that surrounds the Castle.

5. Slutsk Gate – constructed in XVI c. for a long time it was the only entrance to the town. 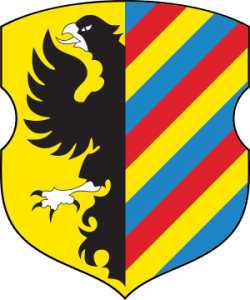