Latvia
No comments yet
2

Riga is the capital of Latvia. The population of the city is about 600 000 people and it’s the largest city in Latvia and also in Baltics overall.
The year of foundation of Riga is considered to be 1201 and connected with Bishop Albert who landed at the mouth of Dvina river with German crusaders.

Unfortunately I didn’t have much time for a usual city exploration. So decided just to walk around inside the Old Town since some interesting places definitely were there.

1. Museum of the Occupation of Latvia. Museum of Nazi and Soviet occupation that covers the period from 1940 to 1991.

2. House of the Blackheads is one of the major sights of Riga. Firstly mentioned in 1334, after that was reconstructed several times and almost completely ruined during the WW II. Was restored during the post-soviet era from 1996 to 2000.

3. Riga Town Hall was completely destroyed in 1941 and renovated in 2003. Now it’s the place for local city parliament.

5. Riga Cathedral – main Evangelical Lutheran cathedral and one of the most recognizable buildings. 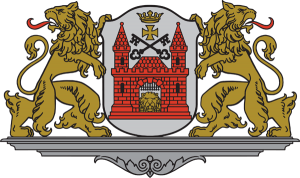